How the town got its name. 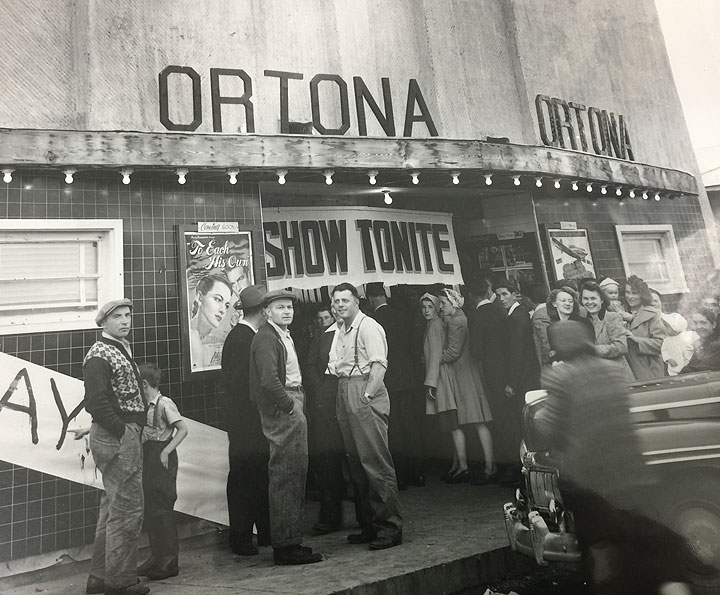 While Smoky Lake today is a vibrant community with a clear future, the story of how the town got its name remains the topic of discussion and debate.

There are two official versions of how the Town of Smoky Lake got its name. Some believe that it was originally named “Smoking Lake” by the Cree First Nations people of the area, after the 12-mile-long lake three miles west of the Town, which is always covered in a haze that resembles rising smoke.

Others believe the same Cree peoples named it “Smoking Place” because they would regularly gather at a site near the lake to smoke pipes during their hunts.

Whether it was Smoking Lake or Smoking Place, the early white settlers that arrived at the time began to use the name Smoky Lake.

Smoky Lake is surrounded by many other lakes and streams, along with the North Saskatchewan River, which makes the area rich in fur bearing animals. This was exactly what attracted the Hudson’s Bay Company and the North West Company to establish trading posts here in the early 1800’s. Originally named Fort White Earth, the site that was eventually to become the Town of Smoky Lake was actually intended to replace the settlements at Fort Edmonton and Vermilion.

Men on a mission.

As was the custom of the day, soon after the trading posts were established, Christian missionaries came to the area. Certainly, they were there to keep the trappers and their families who populated the trading posts close to God, but their first objective was to convert the “Indians” to Christianity. Once the settlement began to grow, these missionaries were instrumental in providing education, medical care, housing and entertainment to all who called Smoky Lake home.

A settlement becomes a town.

Although the area of Smoky Lake was busy with trapping and trading in the early 1800’s, the actual settlement did not begin until the late 1800’s and by 1915 the area was heavily settled. During those early years, some local farmers brought supplies by wagon from Fort Saskatchewan and from Edmonton along the Victoria Trail and opened up stores in their homes to serve the different districts. All of that changed in 1909, when the first post office in the Smoky Lake district opened up and the railroad soon followed in 1915. Smoky Lake’s first store opened its doors in 1916. The following year, Smoky Lake was given the official status of Hamlette and in 1919, the rail line to the fast growing community was completed. That same year, the Standard Bank opened for business and later became the Canadian Imperial Bank of Commerce which still operates till this day. The year of 1919 also saw the Town purchase the hospital that had been set up by the Mission at Pakan and move it to Smoky Lake.

In 1920, the citizens of Smoky Lake built the Town’s first school and appointed H.E. Evans as school principal and Mrs. Sutton as the first teacher.

Smoky Lake was incorporated as a village in 1923 and received town status in 1962.

“Believe It or Not!”

According to Ripley’s Believe it or Not, Smoky Lake once had the largest number of businesses per capita of anywhere in Canada. The population was around 250 between 1930 – 1940 with several types of businesses ranging from a Butcher Shop, Brick Factory and Flour Mill to a Photo Studio, the usual Dry Goods Stores, Cafes and Implement Dealers. 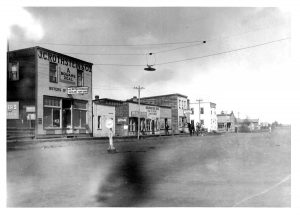 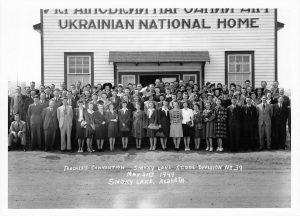 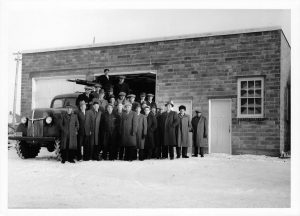 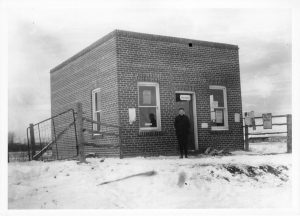 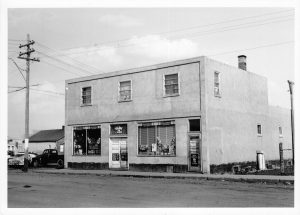 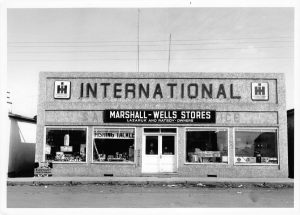 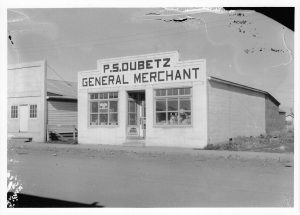 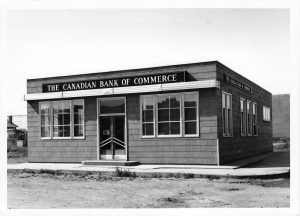 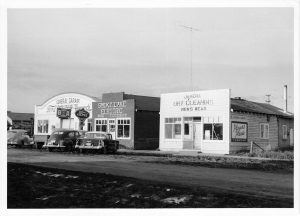 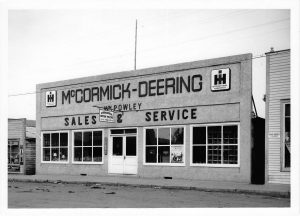 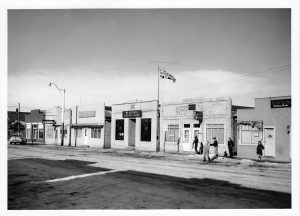 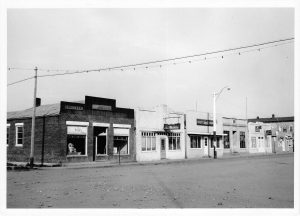 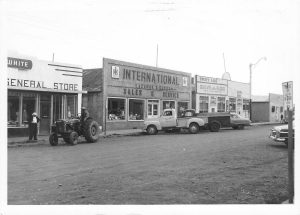 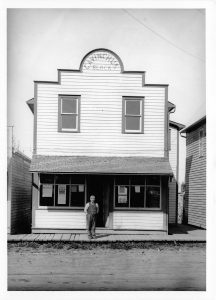 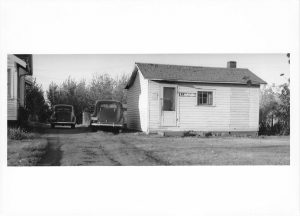 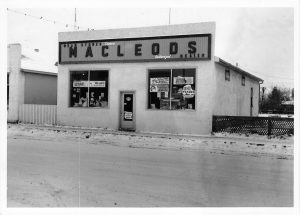 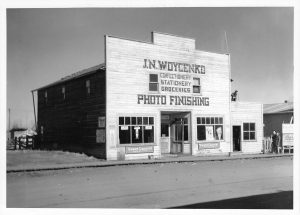 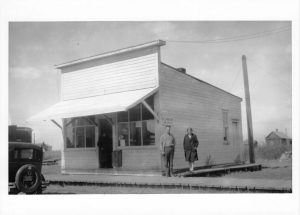 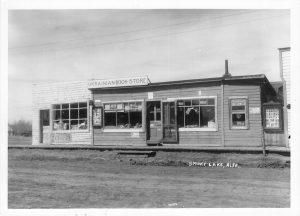 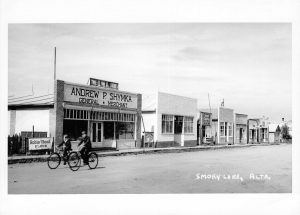 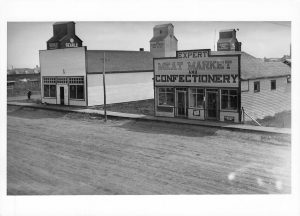 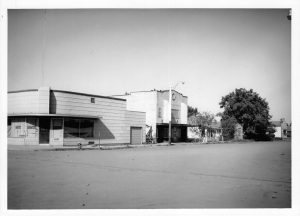 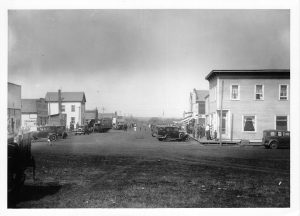 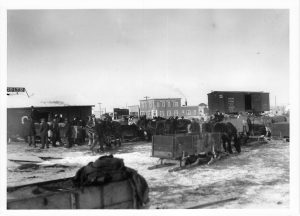 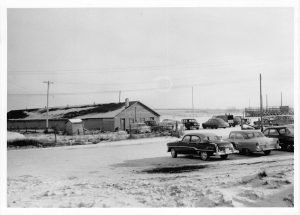 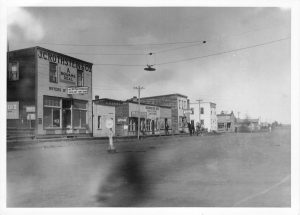 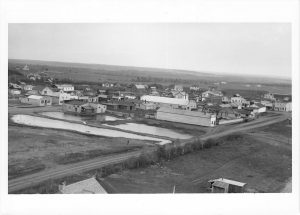 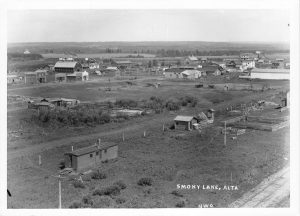